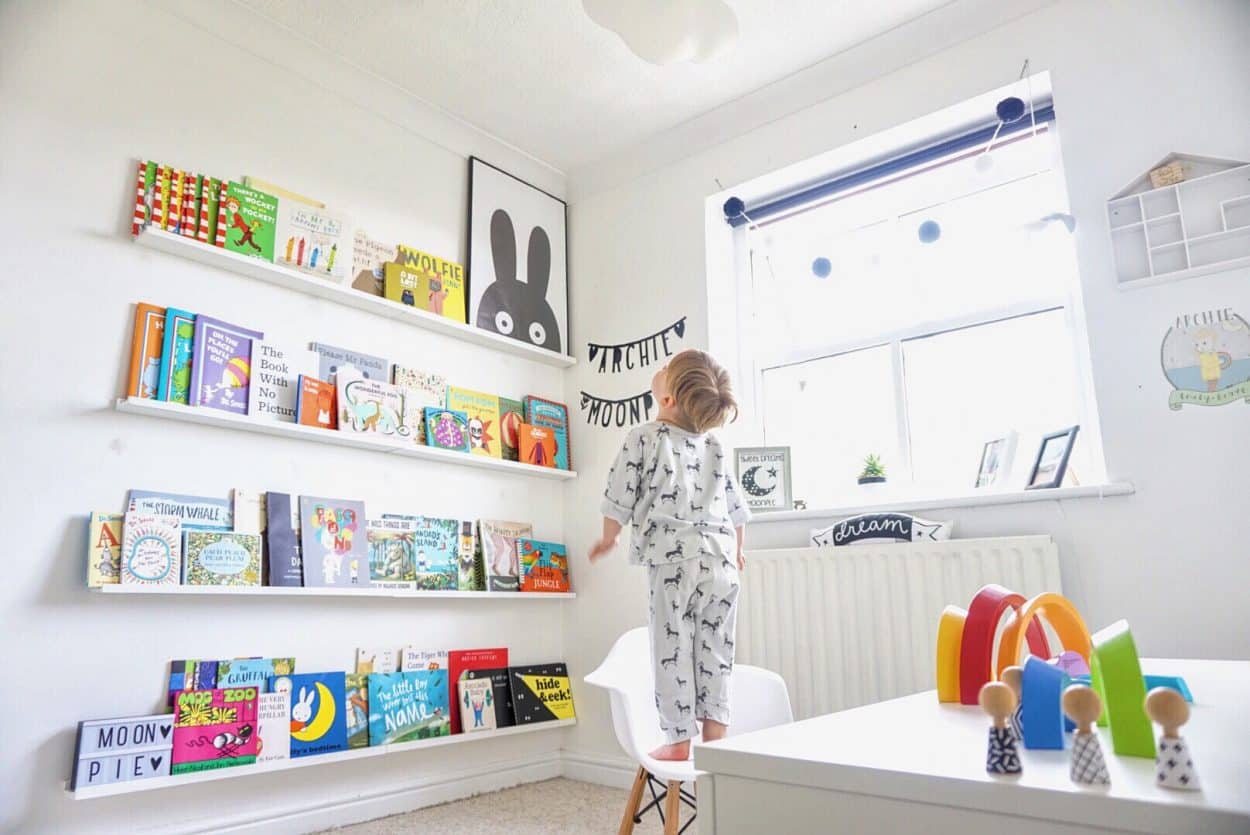 Don’t you just love curling up in a comfy chair and listening to a great book? That’s one of our favorite activities! This list is the books we enjoyed the most during TJ’s second-grade year. She doesn’t love to read on her own (yet!) but she’ll sit and listen to audio books or read alouds all afternoon.

In the list below you’ll find lots of books for kids – a few picture books and many chapter books. We started to transition from picture books to longer books over the course of the year. Audio books during quiet play time are a great tool for that transition.

We still read from the other lists (especially the first-grade list – TJ’s reading many of those books on her own) and we’ve enjoyed many, many books this year but these were by far our favorites.

Each of the books below is perfect read alouds for this age. Lots of adventure and funny tales – perfect for second-grade kids! Be sure to check out the first-grade list as well. TJ loved listening to the same books over again (thank goodness for audio recordings!) so she listened to many from that list as well this year. Here are our favorite second-grade books for kids (affiliate links below):

An unknown person steals the royal treasure and everyone has a hard time finding the forty fortunes including Iran’s finest diviners. The king asks Ahmed to find the treasure but Ahmed knows that failure to do so would land him in prison.

He finds a missing ring by luck but is given forty days to find the forty treasures. In this story filled with action, humor, and Iranian folklore, one would learn whether Ahmed succeeds or ends up in prison.

The Last Snake in Ireland

The Last Snake in Ireland tells a tale about St. Patrick that is determined to send all snakes out of Ireland. He uses a magic bell to signal all snakes to leave the country and they all do, except one, which is the biggest and oldest snake in the land.

St. Patrick puts in my effort to drive it out but the snake does not succumb to his pressure. A journey through this fictional fairy tale will tell one whether he succeeded or not.

Maha, the daughter of a widowed fisherman was lonely and needed love and care from a mother figure. This makes me persuade her father to marry a new wife, their neighbor. In a sad turn of events, her stepmother is mean and resentful. She always has a selfish stepsister that makes her do all the work at home.

She gets even sadder since her father is away fishing and not around to comfort her. However, her miserable situation begun to change when she found a red fish. This is a fairy tale that will keep one glued to every page of it.

This is a Korean folktale that tells the story of Mr. and Mrs. Kim. The couple is a wealthy one that craves entertainment in their lives.

They send their loyal servant to buy a story that would liven up their dull evenings. The book he buys turns out to be the one that coincidentally saves them from getting robbed.

This family documentary tells the tale of how Copyboppy – a rodent – was brought into the Peet family.

The capybara is affectionate but obnoxious at the same time. Its annoying antics got everyone fed up until they had to return it to a zoo. It gives an insight into how it feels to own your own capybara.

Close to an enchanted castle on the far side of the mountains is a tree that bears three golden oranges. Three brothers named Santiago, Tomas, and Matias have to travel to this tree to get the fruits if they want their wishes to find wives to be fulfilled.

When they arrive at the tree, they have to carefully pick and deliver the three oranges to an old woman who lives in a cave. Would she be able to fulfil their heart desires? Reading this fictional fairy tale is the only way to find out.

The Armadillo from Amarillo

This book is about an armadillo’s journey from Texas to outer space. Sasparillo (the armadillo) leaves a field of bluebonnets and embarks on a journey to San Antonio.

He explores the city of Austin, flies over Amarillo – with the help of a friendly eagle – and hooks himself up to a rocket being launched into space. He gets an amazing view of the world below before coming back down to earth.

In this sentimental tale, there is a talented quiltmaker that makes amazing quilts but is not interested in selling her works but gives them out to the poor instead. There is also a greedy king in the story that loves gifts so much that he has two birthdays in one year.

On each of his birthdays, everyone in the kingdom is supposed to give him a gift. On one of his birthdays, even though his castle is overflowing with gifts, he is still disturbed by the fact that he has not received one from the quiltmaker. This fictional story gives details on how far the king is willing to go to get a quilt from her.

All the male members of Duncan’s family have gone fishing off the coast of Newfoundland in wide wooden boats for the past seven generations. Unfortunately, that tradition had to come to an end when the cod in the North Atlantic disappeared.

This forced many fishermen to find other vocations but Duncan’s father decides to stay where his family has lived for generations. This tale will tell whether this decision will cost them their livelihood, or whether they come up with a better way to make ends meet.

Tanya Lloyd takes anyone poring over the pages of this book on a trip across Canada and the United States through her camera lens.

Her books have more than 200 breathtaking coloured photos that allow readers to visualize what the culture in North America is like without taking a step out of their houses.

There is a little girl that attends preschool who owns and loves her many coloured socks. She also has a cat by her side that she takes around with her everywhere.

She has a large variety of socks, some have holes in them, there are of different colours and sizes. She has puppet socks that she plays with as well.

This story is about a paper hanger and a painter that makes out some time during winter to read about exploring the arctic. The painter receives a penguin as a gift.

This penguin makes a nest in a refrigerator with ice cubes. The penguin becomes close with a lonely penguin from the zoo. They both make a family of penguins that helps set the Poppers on their feet.

Pollyanna is sent to live with her mean Aunt Polly when her father passed away. Even though Pollyanna is poor, an orphan, and feels alone, she feels fortunate to have an aunt in her life.

Before Pollyanna’s father passed away, he taught her a trick that she can use to find the good in every bad situation.

In this fantasy story, Pippi Longstocking is a nine-year-old that is fortunate to not have anyone to tell her what to do. She is a robin hood and has the authority of Mammy Yokum and a Mighty Mouse.

Pippi ends up gently and intelligently putting down forces of the adult world efficiently. The book gives fun, free, and happy thoughts to its reader.

Pippi Goes on Board

This is a sequel to Pippi Longstocking and it again shows why kids love her and grown-ups do not approve of her manners. Pippi is blunt and is not afraid to speak her mind even though she thinks of some nonsense thoughts sometimes.

She does whatever she wants even if that includes buying all the town’s candy and handing them out to kids in the neighborhood.

The Secret Garden tells the story of two selfish cousins called Mary and Colin that got their lives changed when they found their way into a locked garden with walls.

Mary becomes an orphan early in the book and is left with no one to care for her. The power of nature in the garden helped both of them learn good behaviours and have good health.

Peter and the Starcatchers (series)

The story – a prequel of Peter Pan – focuses on a trunk full of what is called “starstuff”. The starstuff is a celestial substance that gives people good feelings and lets capable people’s bodies have some unpredictable physical changes such as the ability to stop aging or to fly.

While Starcatchers – a secret society – attempts to move the starstuff to a safe place, it gets hijacked and falls into the hands of a handful of orphans. It is a fairytale laced with humour.

Five Children and It

Five kids are extremely delighted when they find a sand fairy that can grant their wishes in their gravel pit. There is a catch to this magic though; it wears off at the end of the day.

Sadly, all the wishes the kids make go wrong and they realize making their wishes to the sand fairy will do them more harm than good.

Jerry and Rachel Pye get their hearts broken when Ginger – their puppy – goes missing. The children search for clues and through the help of a yellow hat, some good fortune, and Uncle Benny – a three-year-old – the puppy returns to his rightful owners.

Ginger Pye is an amusing and satisfying story that kids will surely enjoy.

The Chronicles of Narnia

This fairy tale has elements of Christian theology laced through it. It centres around the story of four siblings that leave for the English countryside during the first world war. They find shelter at a professor’s house and in it, there is a magic wardrobe that leads them to another world – a magic world – called Narnia.

They find this wardrobe while playing hide-and-seek. Most of the adventures in this book occur while they are in Narnia. The book is well-written, entertaining, and does a good job of speaking about God or Christian beliefs in a way that is not forceful. 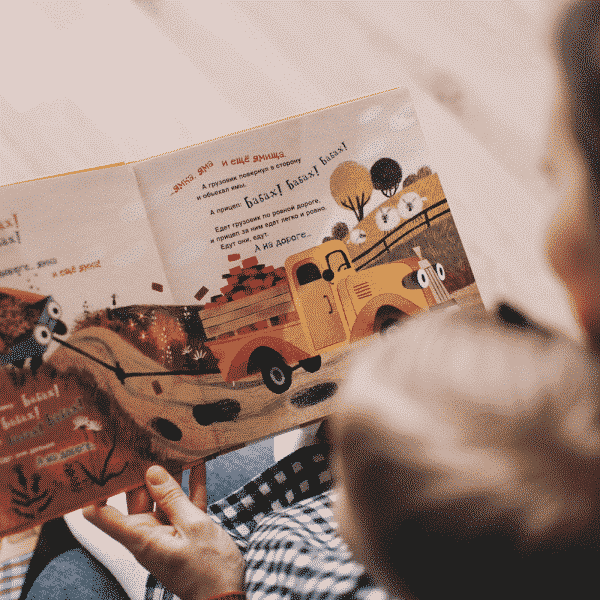 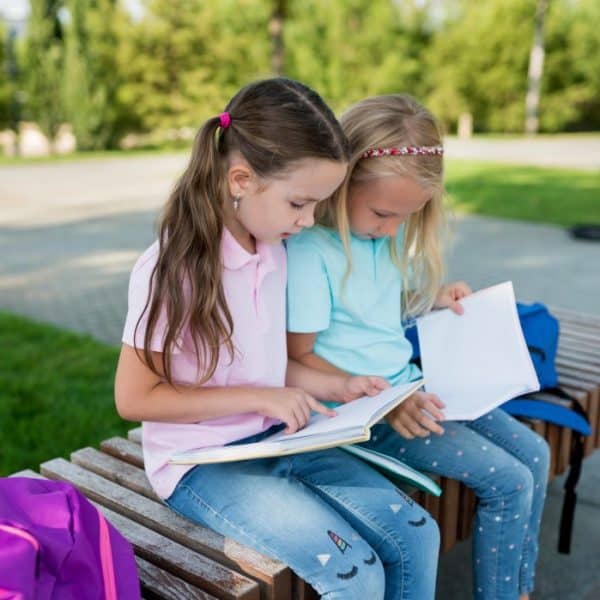