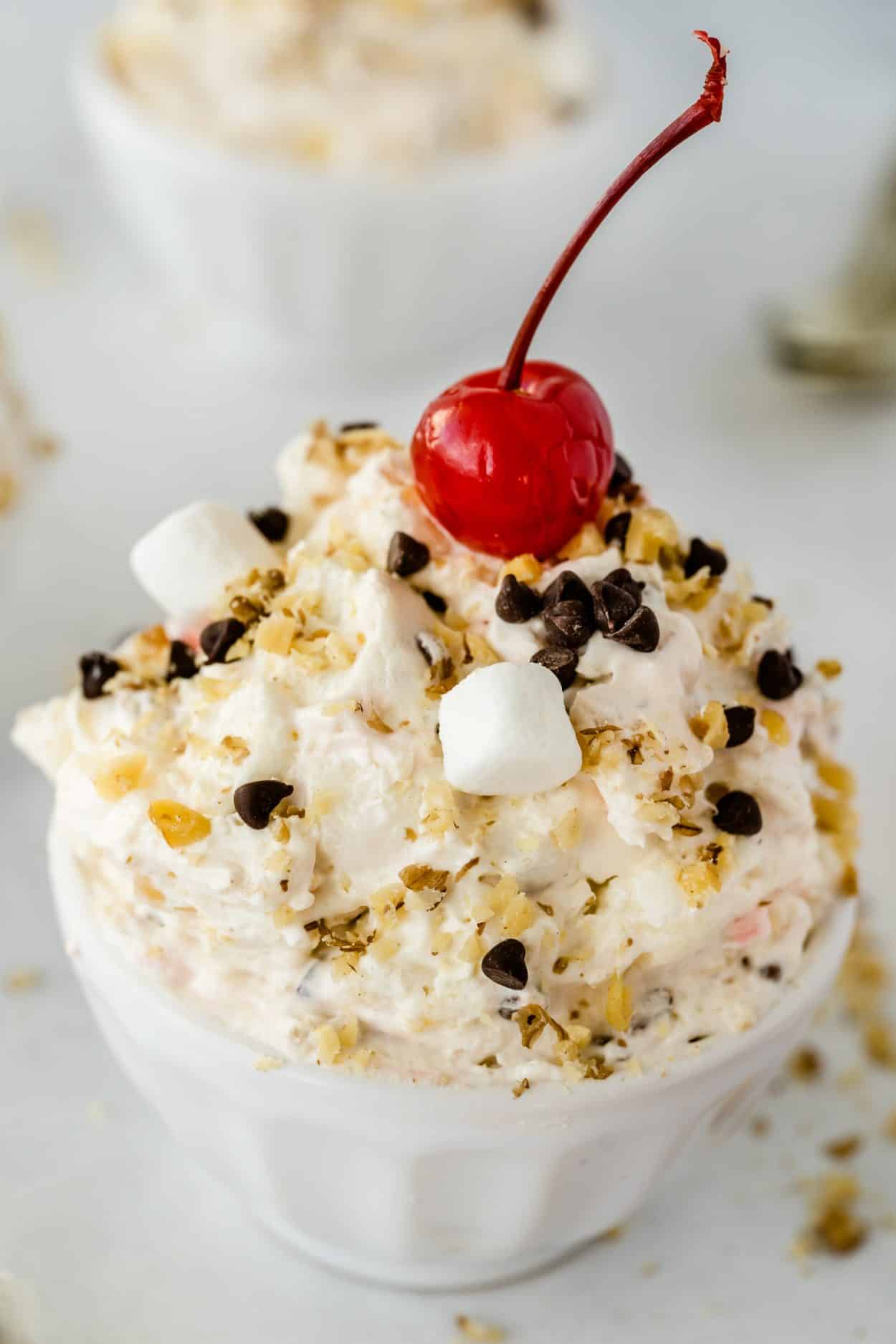 Just like the banana split we all know and love, I bring you a dessert made with all those ingredients. This is portable and feeds more than just one person. 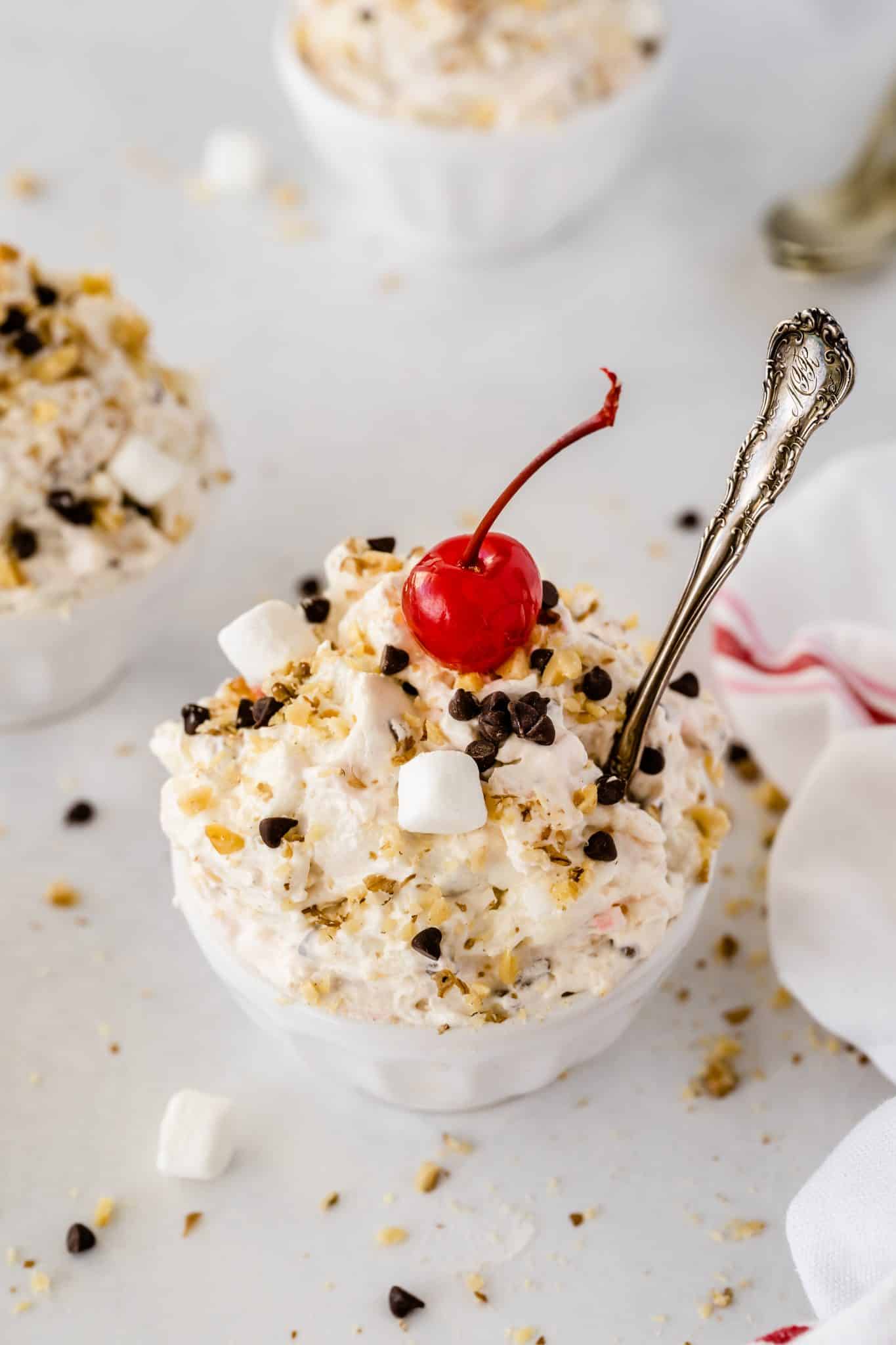 This is one of those go to desserts for potlucks, family picnics or reunions. You can easily mix everything into one bowl and it is done. 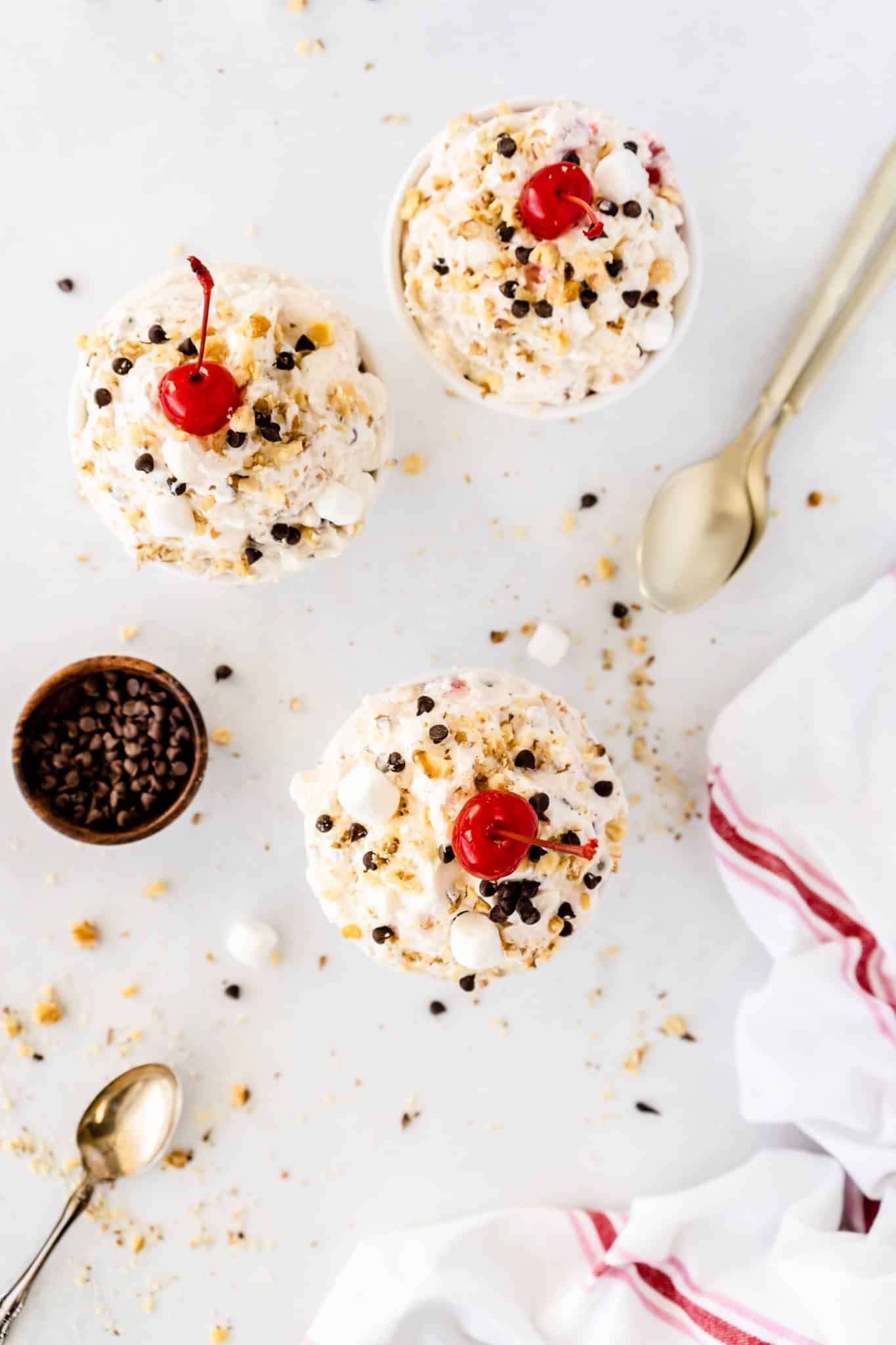 Nothing screams summer like a banana split! This one is screaming very loudly for you to make it now! 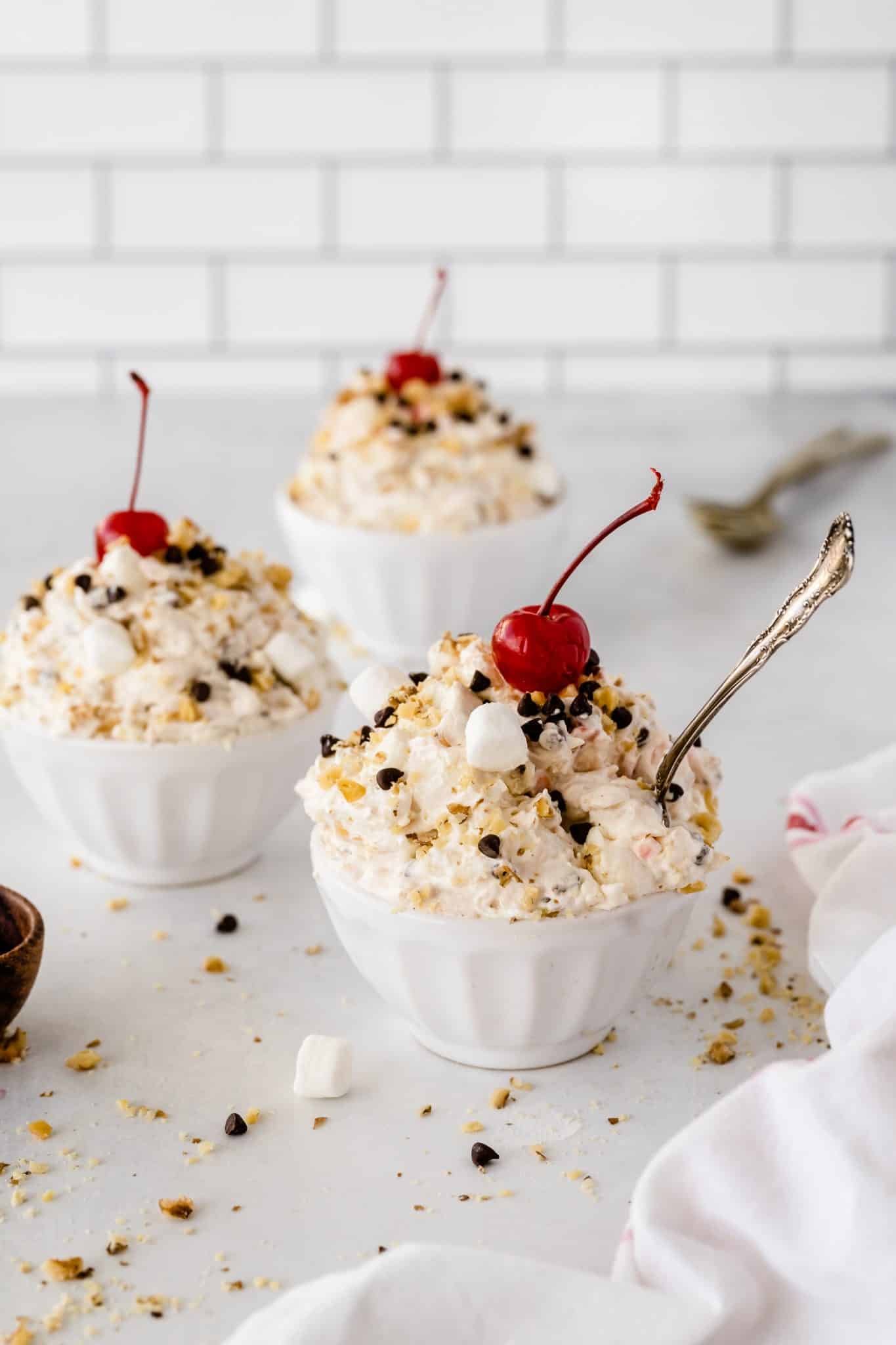 This is so loaded with fruit, nuts and chocolate, and it also has marshmallows. There is nothing better to be mixed in one bowl. 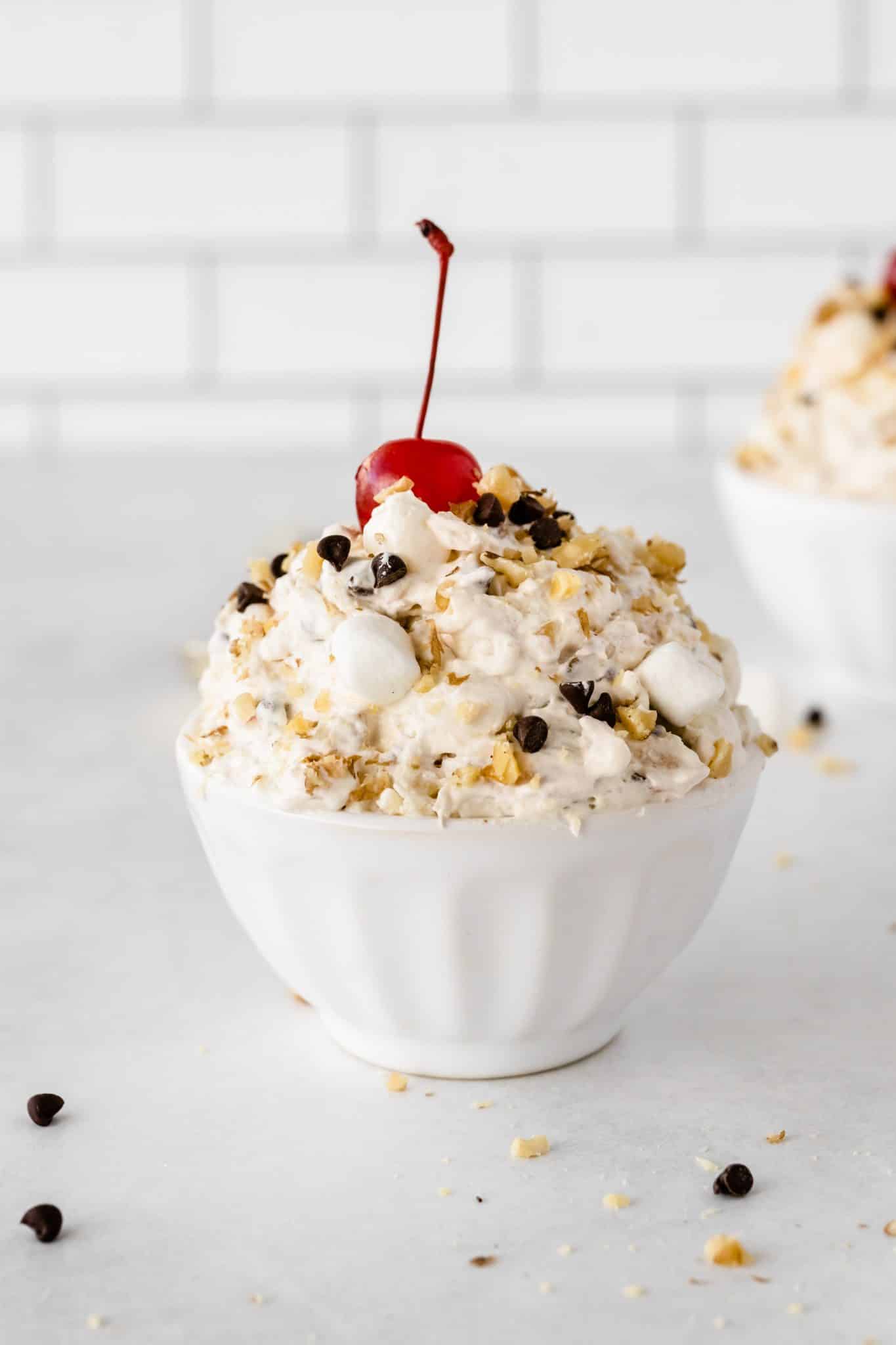 What is a fluff dessert?

Any dessert that has pudding and whipped topping in it is considered a fluff dessert. I just tend to leave the fluff out of the title and focus on the Banana split portion.

Can I use a different flavor of pudding mix?

Definitely! French vanilla or even plain vanilla would taste just as good.

Can I make this dessert ahead of time?

This is best made right the day you plan to serve it. However, you could make it up to 24 hours in advance. Do not slice or add the bananas until right before serving though.

Sprinkle additional miniature chocolate chips on top, along with some crushed walnuts

Ingredients do you need for Fluffy Banana Split Dessert:

Crushed pineapple (do not drain) 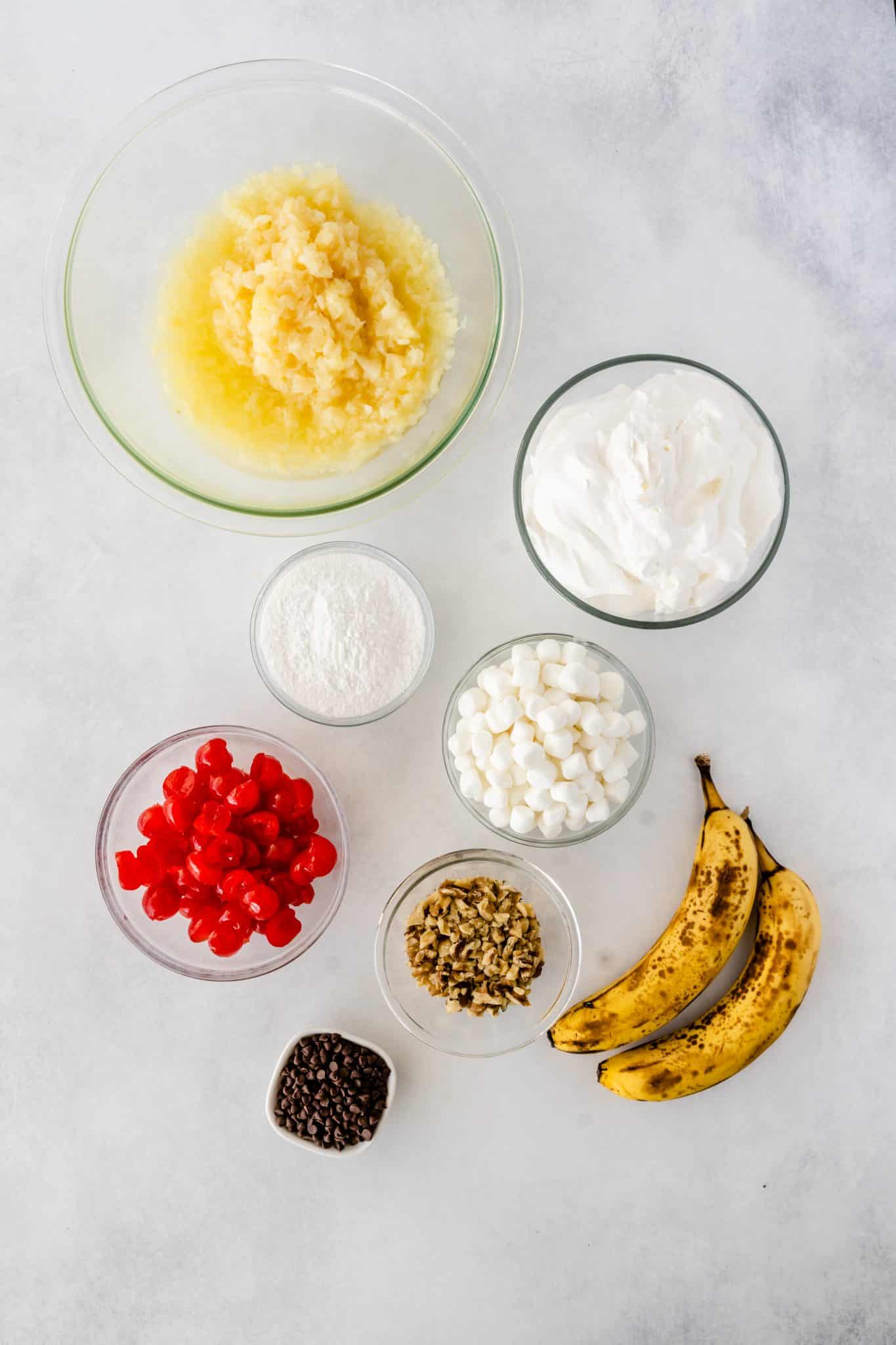 In a large bowl, stir together the can of crushed pineapple with the juice and the instant pudding mix. 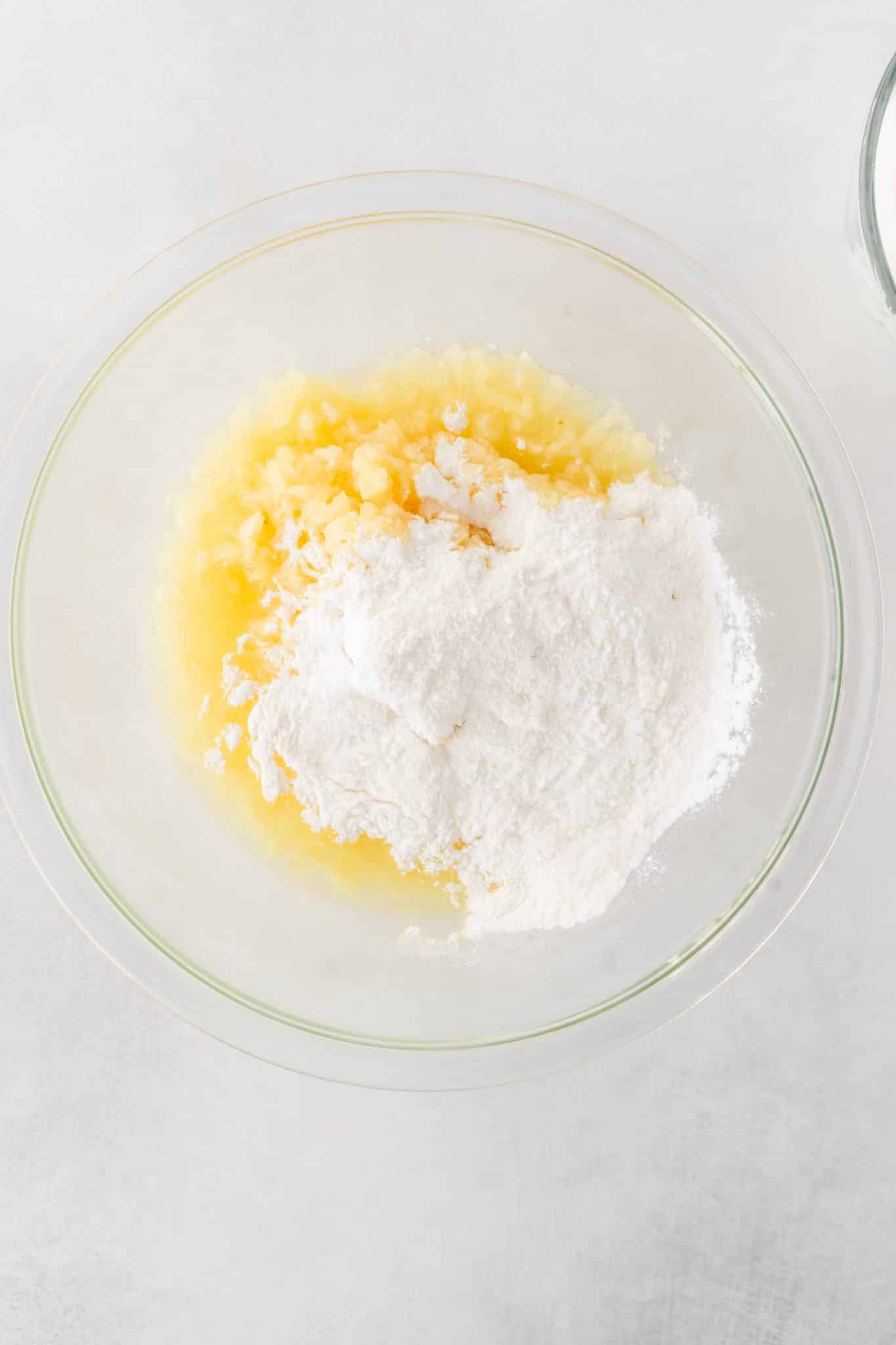 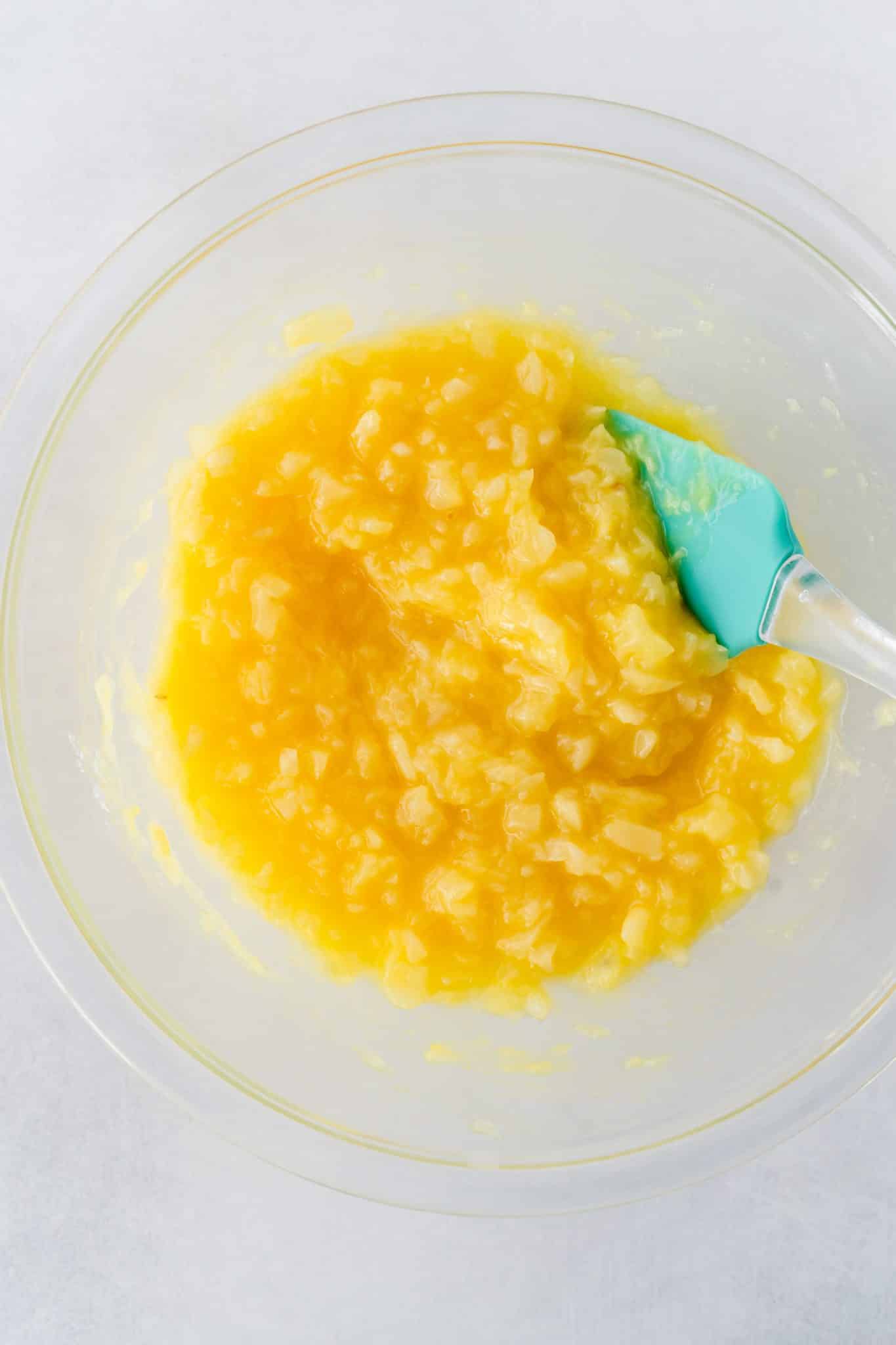 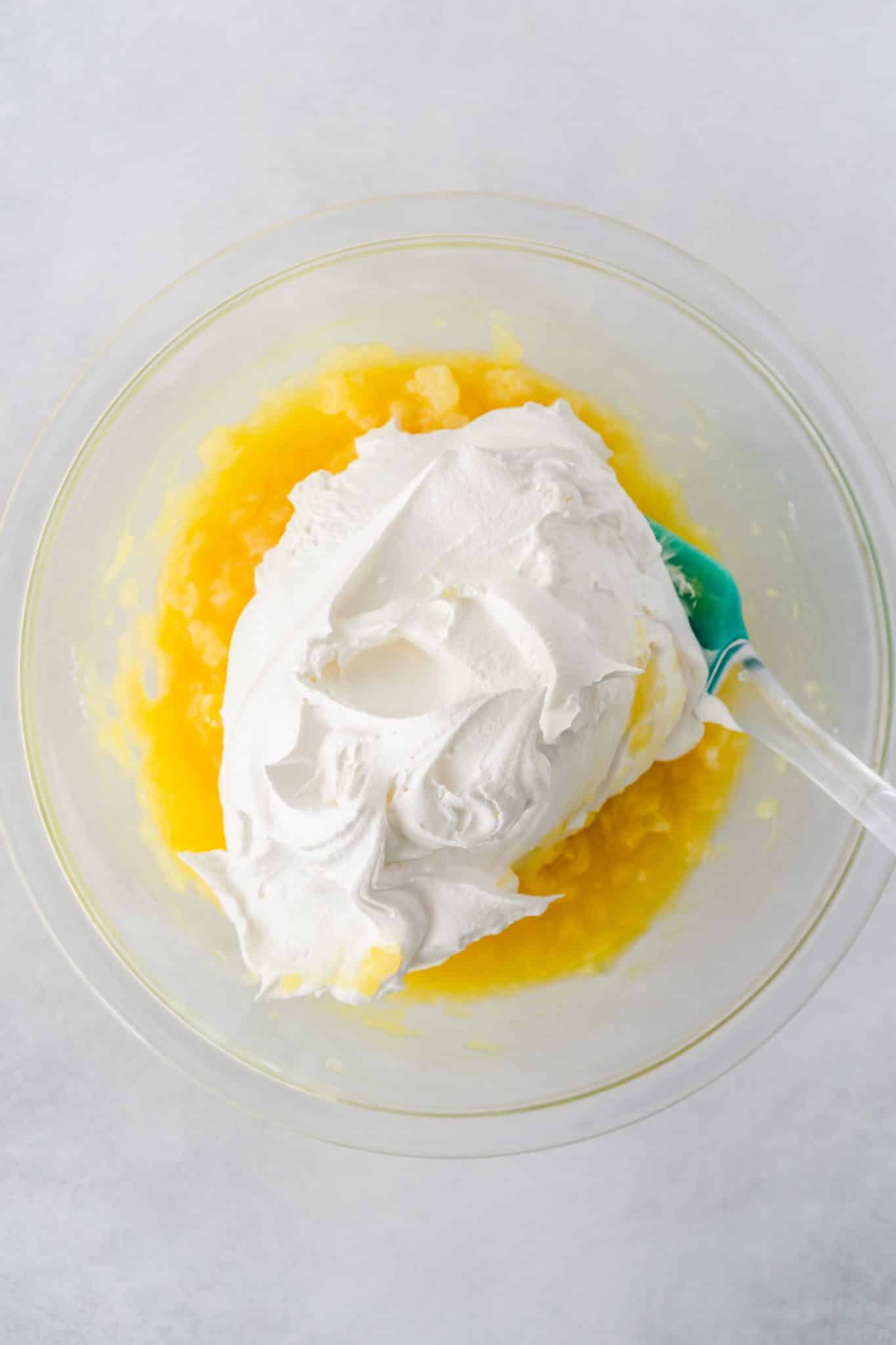 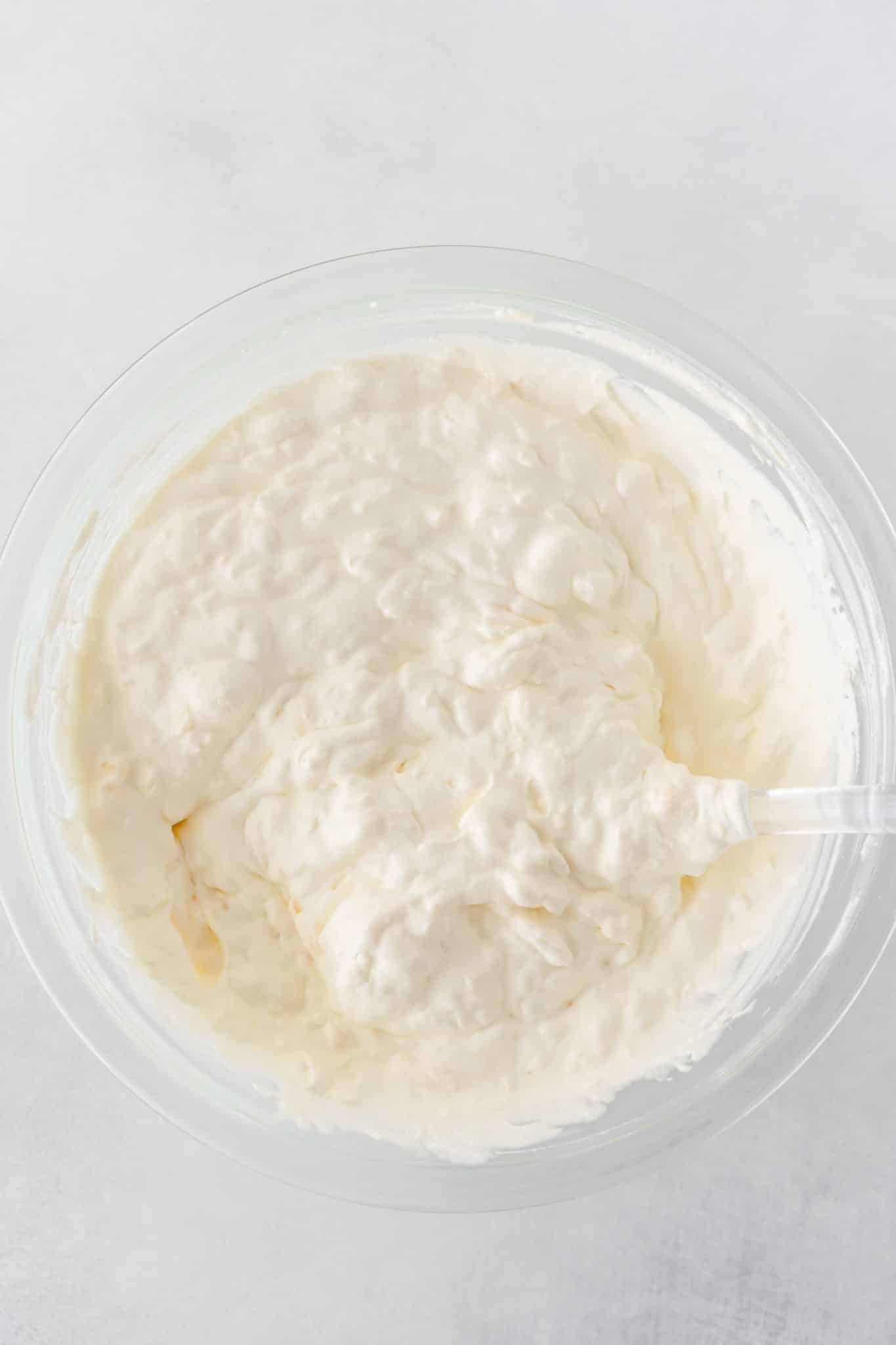 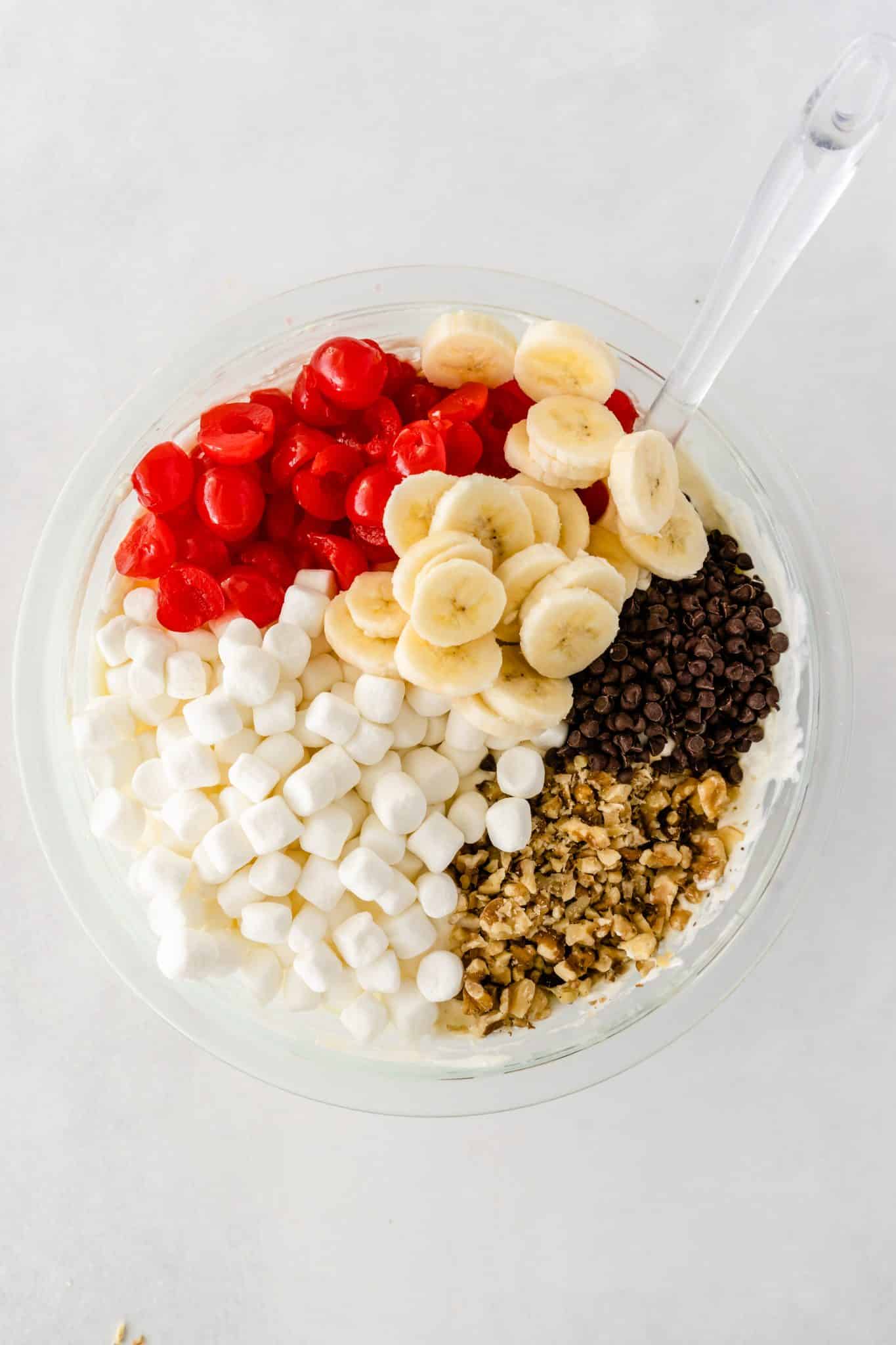 Fold the whipped topping in gently 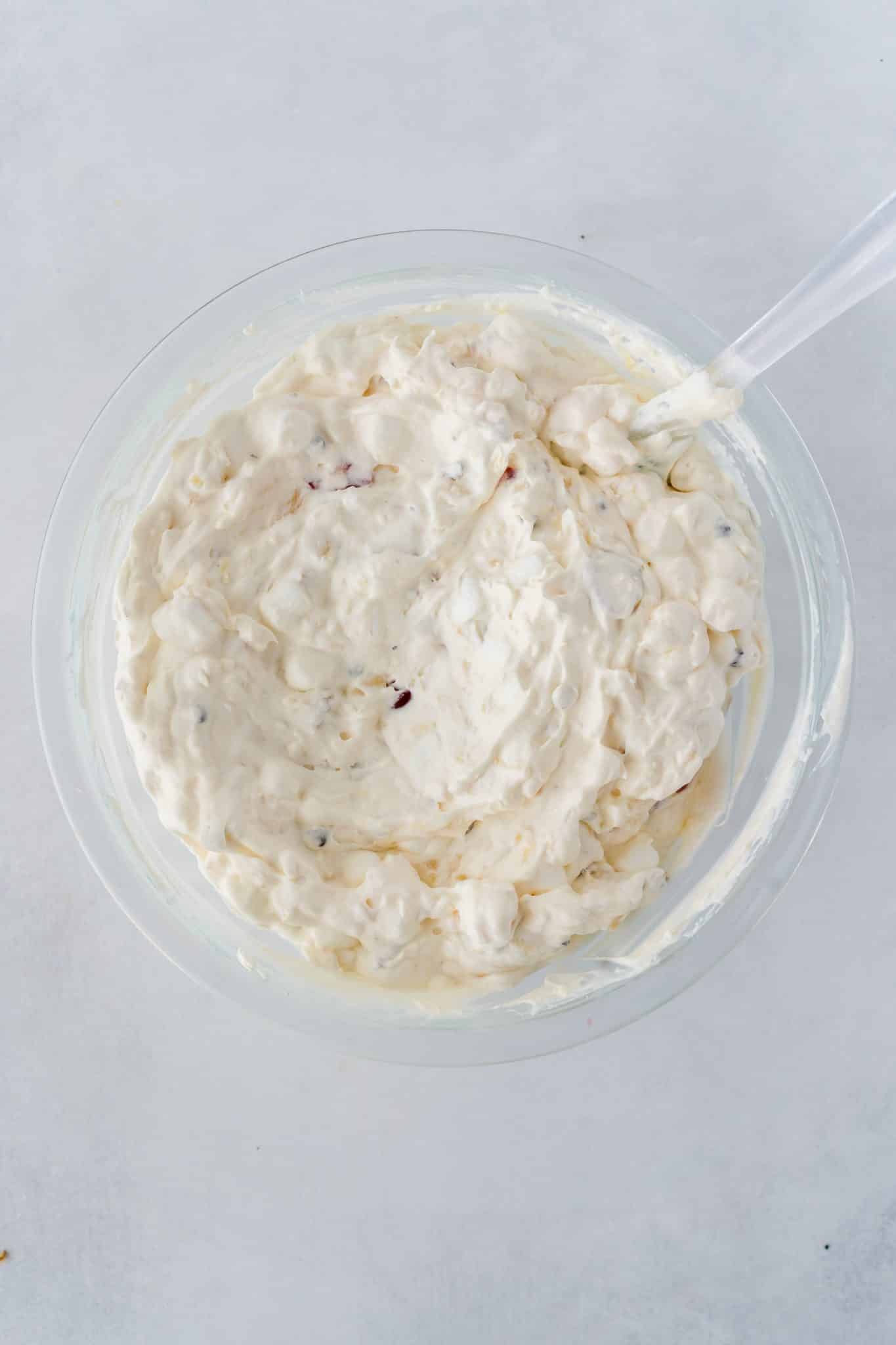 I have had this in a variety of forms and flavors. You can mix fruit cocktail and the juice with the banana pudding and then add bananas and additional cherries.

I have also seen this layered in a baking dish. The fruit and pudding mix on the bottom, layer of whipped topping, layer of fruit, pudding layer and then whipped topping layer. Sprinkle the top with crushed nuts and chocolate shavings or chocolate chips.

This fluffy fruit dessert has been around since the beginning of time, I think. I remember as a kid having this at church potluck dinners, and at those dreaded ‘work picnics’ in the summer.  Shhh….do not tell anyone, but I actually enjoyed my dad’s work picnics.

Some of my favorite memories came from those. And, my mom got a lot of new recipes that have since turned into favorites. You can’t go wrong when you gain so much from one of those picnics.

In a large bowl, stir together the can of crushed pineapple with the juice and the instant pudding mix. Stir until mix thickens

Fold the whipped topping in gently 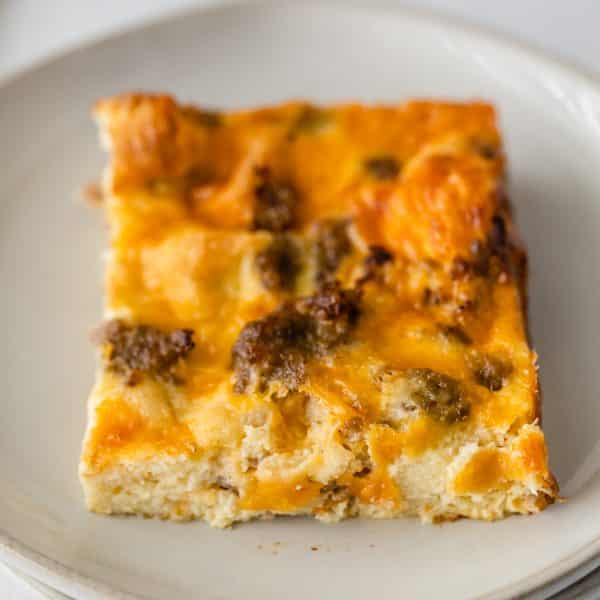 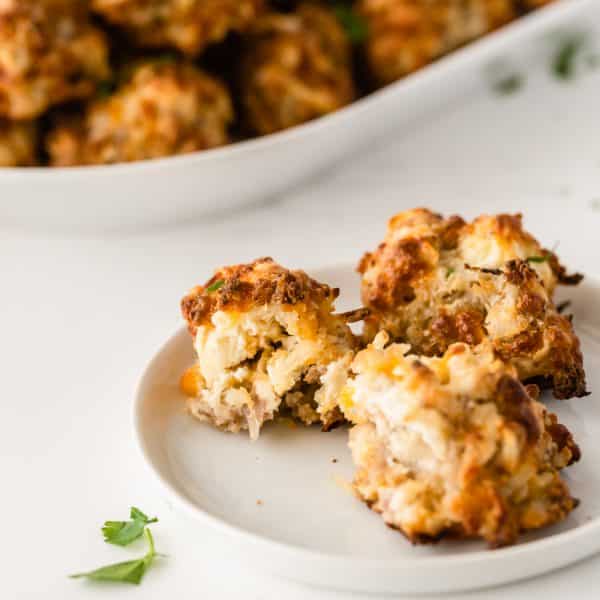